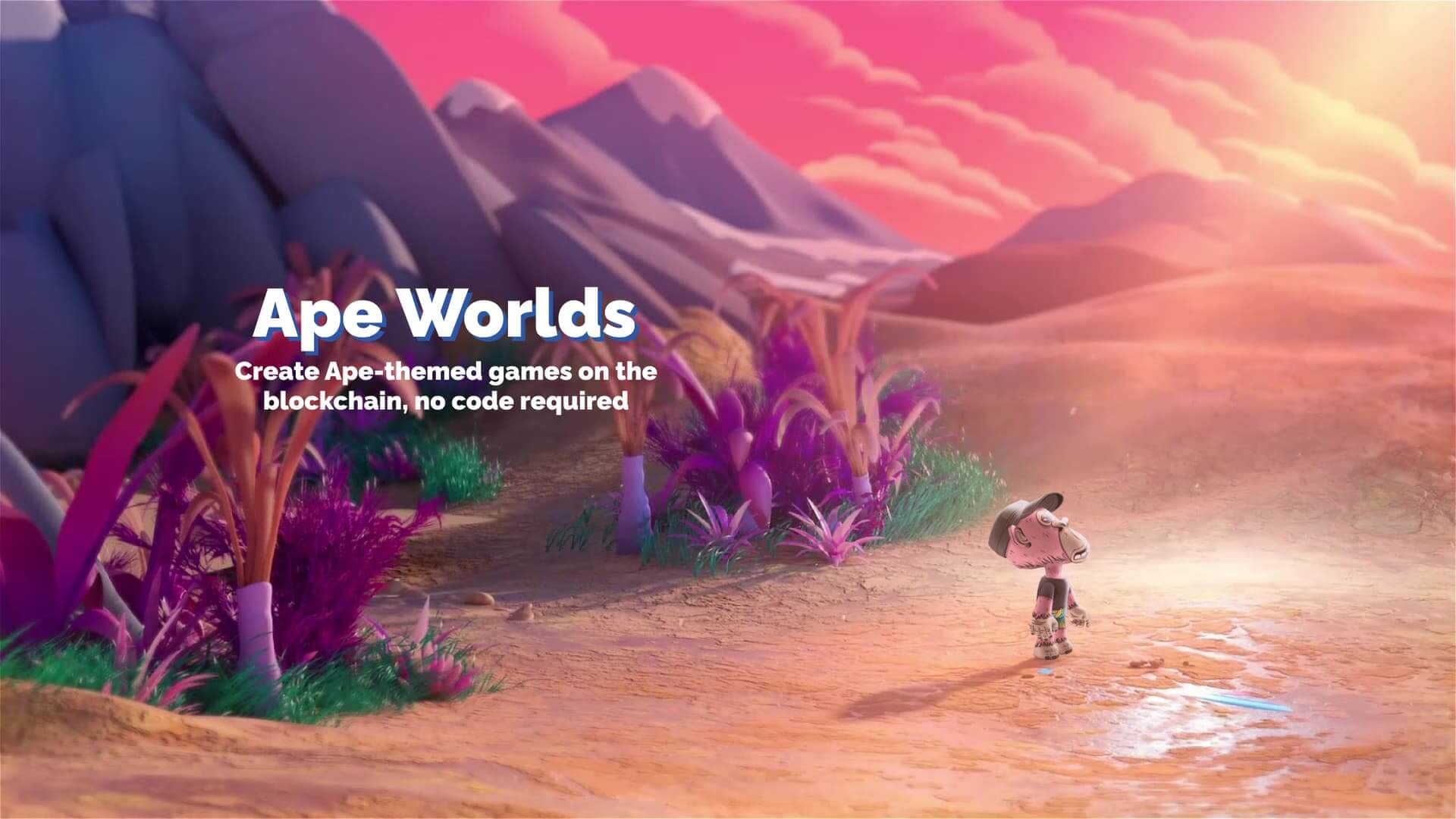 ApeCoin DAO is currently voting on AIP-78, a proposal to create Ape themed games on the popular L2 gaming network, ImmutableX (IMX). We've read the entire proposal and summarized it for you here.

The proposal is looking for approval for a specific game experience called Ape Worlds using Vy Worlds engine. Ape Worlds is a game that helps players build their own games without code using Ape-themed building blocks. The games are very similar to Fall Guys at this stage, but the idea was to upgrade and continue expanding into other game styles with the proposal.

AIP-78 makes the case that this will expand the ApeCoin DAO userbase like:

Here's a look at the game builder inside Ape Worlds

The characters in game are currently based off BAYC models that they could get licensing deals with.

The Team behind the proposal (Knock Knock Games)

"Ape Worlds would be developed using the Vy Worlds engine. Vy Worlds is backed by Knock Knock Games, an SF-based gaming startup founded by former Zynga, EA, Gameloft, and Jam City folks who have shipped games with over 100m installs and $500m in revenue," states the proposal.

The roadmap states an ambitious launch goal to be live in 2 months..

The team's proposal comes with a planned cost of 1 million APE coins, one of the larger asks so far in a proposal, but they are building a game with an established team. They also propose that long-term, they can sustain Ape Worlds with a 5% fee on Ape Worlds NFT trading.

Currently, the ApeCoin DAO is not in favor of the proposal. With voting set to close on August 17, the current numbers are 125K APE against and 9K APE for.