Blockchain Brawlers: The New PVP Card Game from the Creator of Magic: The Gathering 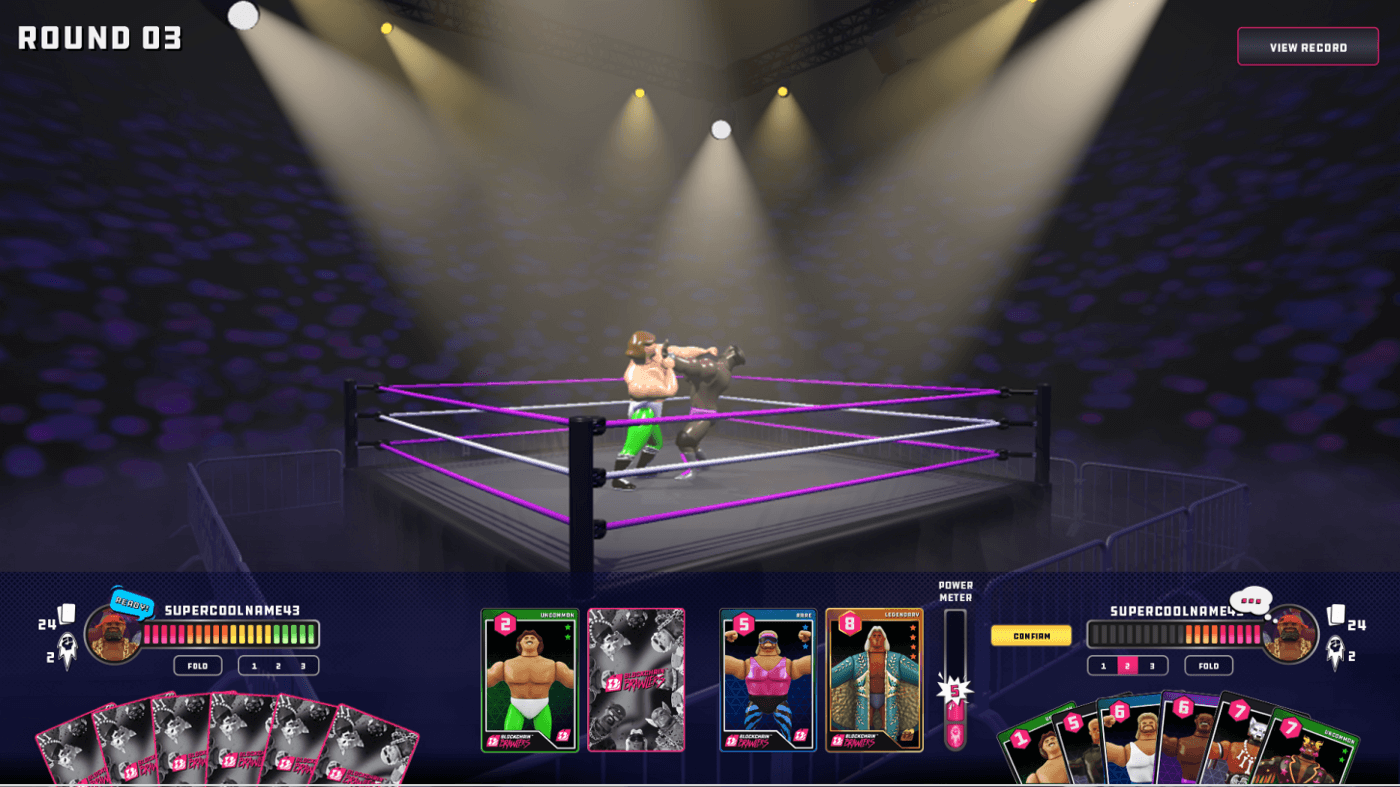 A new overview was released today for Blockchain Brawlers, the upcoming PVP card game from the creator of Magic: The Gathering. Developed on WAX (WAX), Blockchain Brawlers will let players battle each other for control of valuable digital assets. These assets can be used to power up their cards and give them an edge in combat. Here's what we learned from this update.

While this game was designed by the creator of Magic: The Gathering, its gameplay style is more akin to playing poker! Betting, bluffing, folding, and being able to read your opponent to understand their strategy are all key points to the gameplay.

Players will get dealt three (3) cards each. Both players have 20 health points, and a power meter that starts at one (1).

If neither player folds, then the winner of the hand is the player who’s two (2) cards combine for a higher point value than their opponent's two cards.

More details on "playing" your cards and "Flexing"

You've received three cards to start. To "play" a card, you select it to be shown face up. The second card is played face down. The face up card shows certain info to your opponent. If your face down card is a lower value than the face up card, this is called "Flexing".

Power Meter = 3 and “Flexing” hand won + 1 = 4 points of total damage dealt. BUT If you Flex on your opponent and they call you, matching your bet, then you lose even if their point totel is less than yours.

Players have three (3) bet amounts to make. This will drive the following three decisions:

Once bets are matched or folded, the Showdown takes place.

Both player's hands are revealed. The player with the higher total deals damage to their opponent and does not receive any damage themselves. The damage is calculated based on the bet amount, 1, 2, or 3 multiplied by the winners power meter.

Example: The bet was two, power meter was four, then the loser would receive eight points of damage. Given the health pool is only 20, that's a lot.

Folding Is A Power Move

When a player folds, they receive one extra card per round for the rest of the game. This is capped at 6 cards per round. This makes folding a very strategic decision early on, as you'll be gaining more cards per hand for the remainder of the game.

Player's "Brawler" NFTs are their visual representation in the Ring. They perform taunts and finishing moves. The winner's brawler performs a serious move to take out their opponent at the end of the match.