Castle Crush NFT Chests Are Openable in Under 10 Days, Here’s What You Should Know 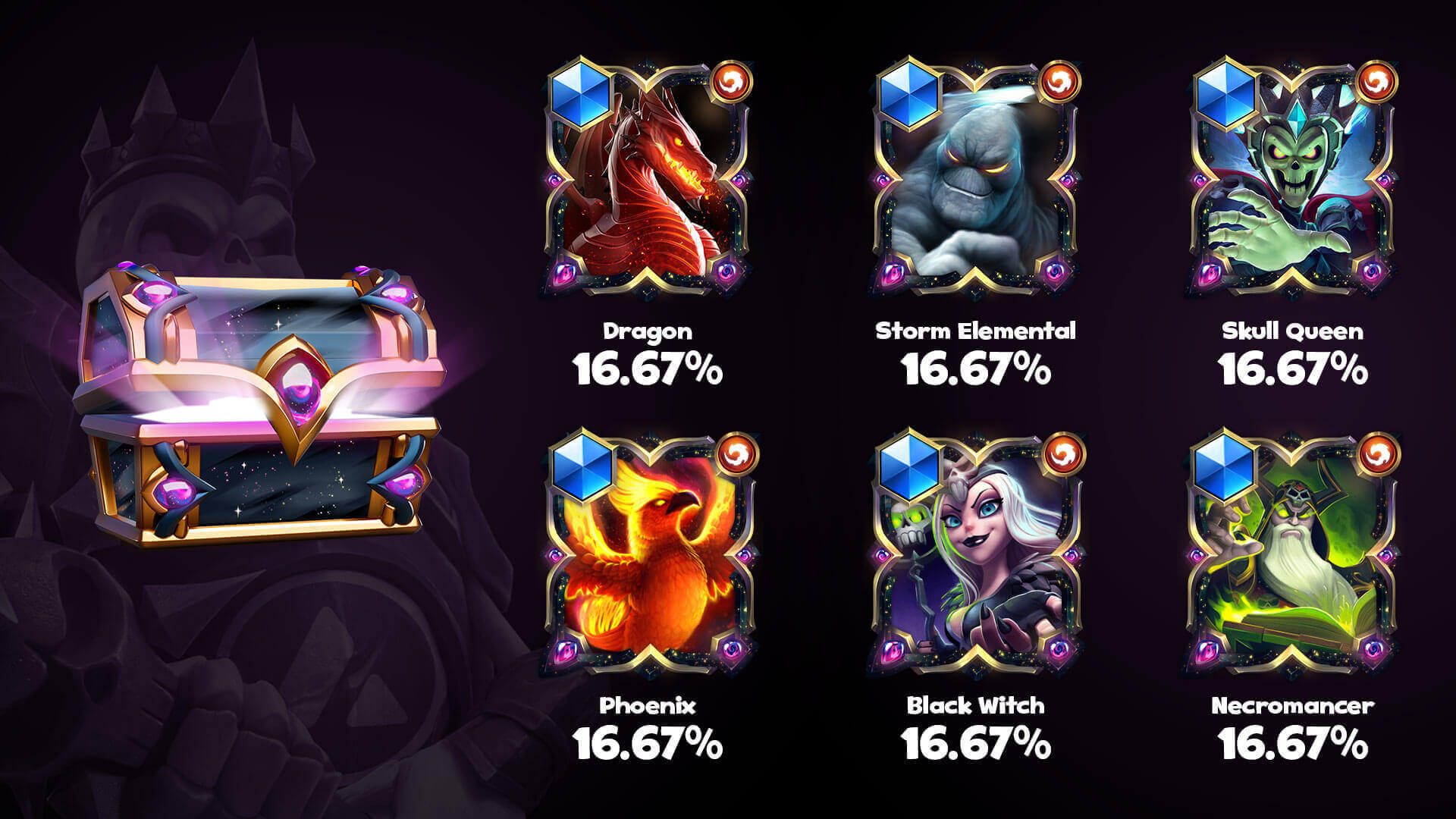 The NFT cards will be the new highest level card available in-game, and users can acquire them by both purchasing outright or earning through gameplay progression.

Castle Crush recently sold out of two types of chests that contain these NFT cards: Founder and Ascended.

The 5 available cards from Founders Chests, all with the same drop rate:

“Ascended Chests” come with the chance to win a variety of cards that will boost your deck’s power, from common to legendary.

Using NFT cards in your deck doesn’t just make users more powerful, but also enable them to earn the in-game Castle Crush token, Ascension Crystals ($ACS), by winning matches each day.  This both incentivizes players to be engaged and competitive.

Castle Crush players will be able to link their in game player ID with their web3 wallet of choice on July 18th to begin using their new top level cards in game.