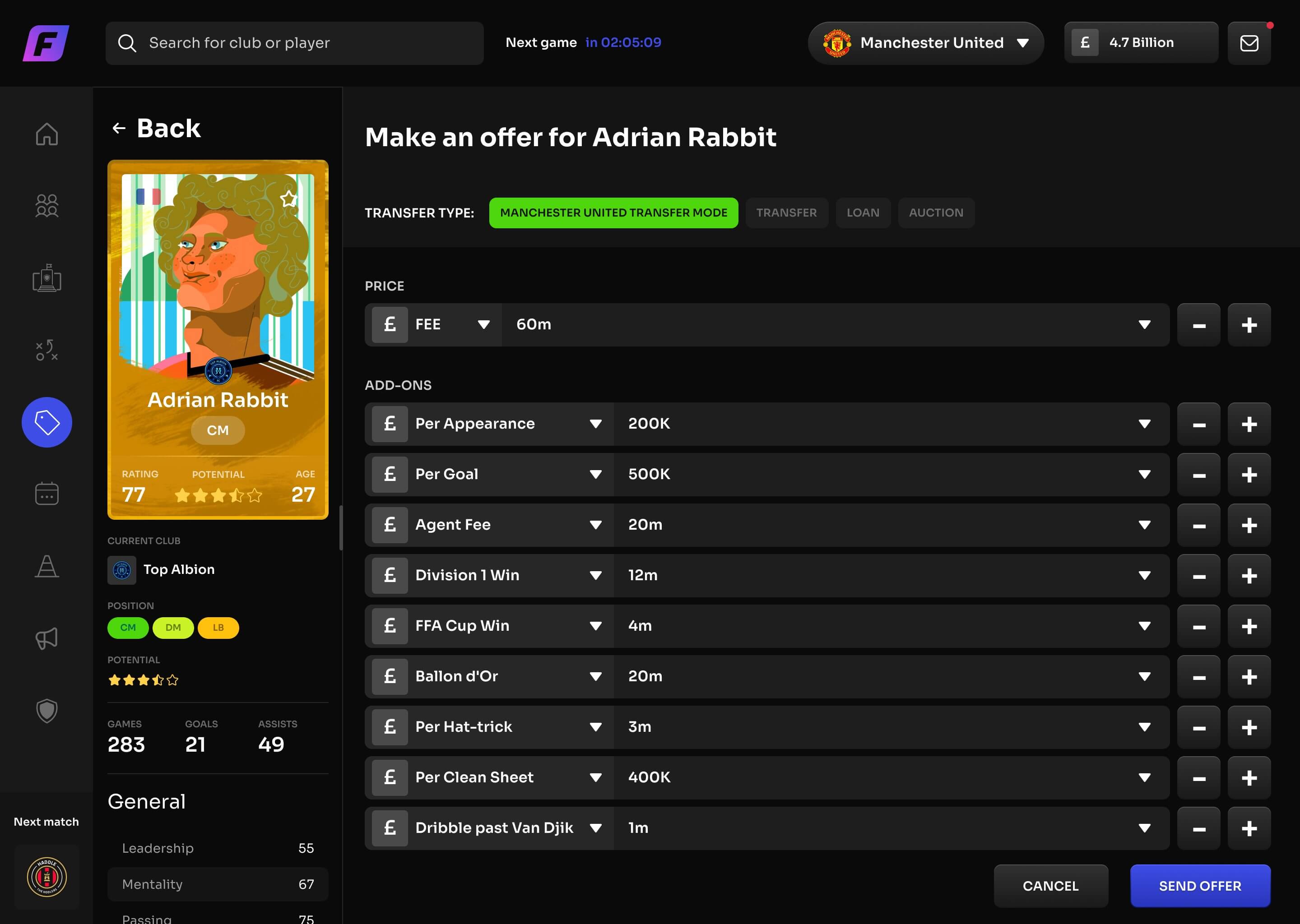 Do you love football? Do you enjoy spending your free time managing and strategizing for a football club? If so, then Footium might be the perfect web3 the game for you.  Footium is a new Football Management game that allows players to become the owner, manager and scout for their very own football club.  These management style games have exploded in web2 over the last decade, adding in web3 ownership aspects make a lot of sense.  Here's what we've learned so far.

Build a football institution of your own, and potentially profit from your success

The most ambitious player's clubs will grow into institutions, nurturing and developing the finest talent while also becoming self-sustaining giants in the same vein as some of today's top teams.

Footium sees Football as a social activity and culturually phenomena that brings people together.  The goal here is to enable that culture to grow and build a community where their interests and time are both socially fulfilling AND have the potential for rewards.

Actions You Can Take in Footium:

Manager style games have a broad range of actions, some focus on recruiting and setting a roster, and others go into actual gameplay.  So it's important we outline what actions you actually take within Footium to make your team successful.

Here are some of the things you can do in the game to become a successful club owner:

This is a very interesting area for a manager style game.  Players in Footium can own at two core levels:

Clubs: There are a limited number of clubs available, you can buy and sell your entire club along with the team, stadium, etc. Just like in real life, if you build up a highly successful football club, selling it could be extremely profitable.  You may also want to hold it, as winning tournaments provide real world rewards.

Players: These assets are adaptable over time, a player's attributes and leadership can improve.  This makes for a very interesting dynamic with feeder clubs that focus on building up individual players to sell them on to larger clubs.

The Footium League System is set up similarly to the English national league. What this means is that each succeeding league has two lower-level leagues feeding into it. Every divisional level is made up of various smaller leagues. In general, the higher divisions will have bigger prize pools, more reputable academies, stronger first-string teams, and larger stadiums than lower divisions

What I really like about this game overall is that it's not just a time sink, it's not a job for someone in a third world country to click buttons all day and earn tokens.  It's skill and strategy based, winning is the primary goal but there are many layers of value underneath the winner so that people at all levels are engaged.

Gameplay Is Already Live but Footium Will Continue to Evolve

The core actions of gameplay are live, and competitions have begun, but there's so much to come with deeper additions like stadium management, brand building, and taking your Football institution to the next level.