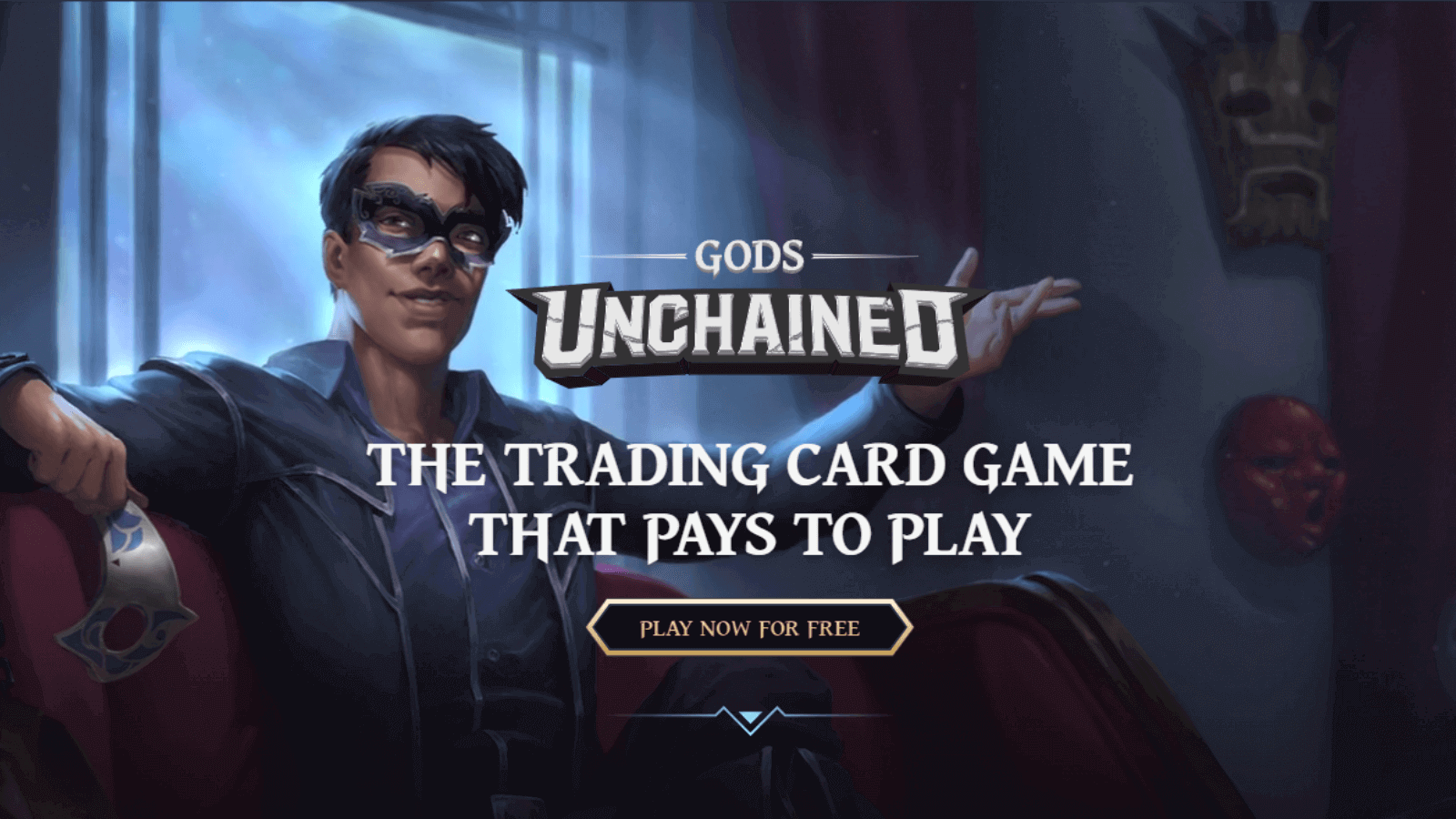 Fief Guild contributor, https://twitter.com/0xSindermann has created a fantastic write up on Gods Unchained, giving a thorough rundown of the key components of their tokenomics, gameplay, competition, and vision for the future. This post takes you through the highlights, tokenomics, the platforms they use, and leads into the thorough overview of token use and gameplay below.

$GODS is a native token of Gods Unchained a Play-2-Earn collectible card game (CCG) where players collect cars of various rarities and qualities and compete with each other in ranked matches and events.

$GODS is rewarded to players based on their performance in game, it can then be used to purchase cards from other players or to mint NFT cards on the Ethereum L2 platform Immutable.

Gods Unchained introduces a concept of true digital ownership to a world of digital CCGs. Players are no longer limited in their access to their in game assets and have full control over them. As a native token $GODS rewards players for their time and effort spent in game contrary to traditional model where game developer is the sole beneficiary.

Immutable X – Ethereum ZK-based L2 for NFTs that was developed as a solution to increasing fees and limited scalability on L1. Currently has dozens of collections besides Gods Unchained and its own token $IMX.

$GODS – Core currency for the Gods Unchained that is rewarded to players.

P2E (Play to Earn) – Approach which contrary to mainstream F2P (Free to Play), P2W (Pay to win) and P2P (Pay to Play) models aims to not only allow players to participate in games at competitive levels for free but to reward them for their time and achievements.

Chris Clay – Gods Unchained game director that was previously working at Wizards of the Coast as a Game Director for Magic: The Gathering Arena (digital CCG based on original tabletop game that pioneered the genre).

Immutable has raised 17.4 million dollars for development of Gods Unchained from Coinbase Ventures, Naspers Ventures, Galaxy Digital and others through seed round and series A.

There is no official VC backing for $GODS token.

-25% of total supply is allocated to developer company

-New $GODS are introduced through rewarding players and vesting unlocks

$GODS is used to pay for minting of card NFTs. Additionally cards can be bought with $GODS from other players. In future staking and governance will be introduced for $GODS holders

$6.8 – Price at 3.4B market cap (Decentraland) with fully diluted supply

Gods Unchained is a multiplayer collectable card game built with blockchain and Play to Earn mechanics in mind. The core gameplay consists of building a 30-card deck and competing with other players in 1-vs-1 duels. Players are rewarded for their wins and overall performance with in-game currencies, cards, NFT cards and $GODS tokens. Users are then able to sell/hold/trade those rewards (NFTs and tokens) using the Immutable X platform.

Immutable X in turn allows deposits and withdrawals to Ethereum main net in various tokens ($ETH, $GODS, $IMX etc). Currently, there are no trading/transfer fees on the Immutable, but they will be introduced in future to be distributed among developers and stakers. Users still have to pay Ethereum gas fees to deposit or withdraw into L1, but recently direct deposit of ETH to Immutable X became available through one of the commercial partners.

Blockchain and P2E gaming is still in its early adopter phase, so Gods Unchained has been enjoying and capitalizing on first-mover advantage in CCGs genre and currently boasts more than 60,000 active weekly players with ~36,000 players playing 20 or more games in a week. However, it is important to note two rivals, one of which is Splinterlands, which is somewhat similar in mechanics and had its token released in July which currently has a market cap of 40M.

Another contender is game called SkyWeaver, which is currently in closed beta and doesn’t have any token yet. Not much is known about player metrics for both of these games, however Splinterlands has reported to have hundreds thousands of daily active users with weekly numbers surpassing 500,000 of unique wallets.

More serious competition might come from traditional off-chain CCGs such as Magic: the Gathering and Hearthstone. There is very little information about player engagement for those games, but it was disclosed that in 2020Hearthstone had over 23 million active players. Neither Blizzard (developer of Hearthstone) nor WOTC (developer of MTG) has shown interest in expanding into the P2E space yet.

The main way to introduce $GODS token into supply is by rewarding players through P2E mechanics, 34% of the total supply(170,000,000 $GODS) are allocated to that goal. Additional 7% (35,000,000$GODS) are being allocated to the community through airdrop for early supporters and the first P2E event. As of January 2022, 225,000 $GODS tokens are being distributed among players each week. At he time of writing the distribution amount depends on number of active weekly players but this might change with the introduction of a new P2E system (expected Q1 2022).

$GODS is a relatively new token for the game which is still in beta in the space that is still in its infancy, therefore there are a lot of factors that might contribute to upwards or downwards price movement. Those catalysts include:

Release of the mobile version – currently Gods Unchained supports only Windows PC officially. According to the developer’s plans, the first players will be able to access the alpha version of the mobile client in the first half of 2022 with wider alpha in Q3-Q4. The Mobile version will allow Gods Unchained to tap into a wider player base and demographic and subsequently increase demand for $GODS.

New P2Esystem – at the time of writing exact details of the future P2E system for Gods Unchained are unknown, but we know that players will be rewarded for having higher quality cards in their decks and $GODS is required to create them.

Staking and governance release – two major use cases are still in development and exact numbers are still unknown, but once released they should help incentivize and reward users who buy and hold.

Stability, growth and wider adoption of blockchain games – Gods Unchained is still in beta and as such had and continues to have some growing pains. Same as with pretty much everything in a wider blockchain system UX/UI and attracting mainstream users is a challenge, but once it is solved the game can be on track to mainstream success.

Bear market and/or general decline in interest in blockchain – $GODS is a cryptocurrency built on Ethereum and therefore is not immune to general market movement and sentiment.

Release of better competitors – right now Gods Unchained is the biggest CCG in the crypto space, but if this was to change and if especially traditional CCGs were to challenge that status we could see a drop in demand for $GODS.

Inflation – while $GODSisn’t scheduled to reach its total supply for 6 years big jumps in supply such as token unlocks or increased rewards as part of P2E can negatively impact the price. In 2022 25,000,000 $GODS will be distributed to presale participants, that’s larger than its current circulating supply and that’s on top of 10million tokens that were unlocked in January.

Besides P2E rewards for players, 20.5% of tokens (102,500,000 $GODS) are set aside to be distributed through Community &Ecosystem Fund as rewards for content creators, partnerships, community tournaments etc.

Finally, 6.5% and 25% of the total supply are allocated to Token Foundation and Gods Unchained Reserve respectively. Foundation tokens are unlocked immediately to be used to provide liquidity, create exchange partnerships etc. Reserve $GODS will be unlocking over 2 years starting12 months after the initial token sale, those are controlled by the development company.

Current Use Cases for $GODS are:

Creating new NFTs – using a combination of in-game assets and $GODS users can turn their non-NFT cards into NFTs or increase the ‘quality’ of their existing NFTs. Quality does not affect gameplay and currently is purely visual, in the future having cards of higher quality will allow players to receive better rewards.

Purchasing items on the marketplace – players are able to buy cards and other NFTs on the Immutable X marketplace instead of spending USDC or ETH.

In future $GODS will be used for governance and staking:

Staking – users holding tokens in their wallet will receive percentage fees generated by marketplace and card minting on the platform according to their share.

Governance – users will be able to vote and create proposals concerning token and grant allocations, community fund distributions, changes in token supply etc. Voting power will be proportional to the amount of tokens user holds.

Gods Unchained is a (relatively) young game and $GODSis a new token, which in past months has been in active price discovery mode, it is probably too early to say that it discovered it: there are still many unknowns about the future of the project, however it is already evident that Gods Unchained has a working game with 3 full sets of cards released on top of the base cards, tens of thousands of active players and 30 day NFT trading volume of $14,620,253.