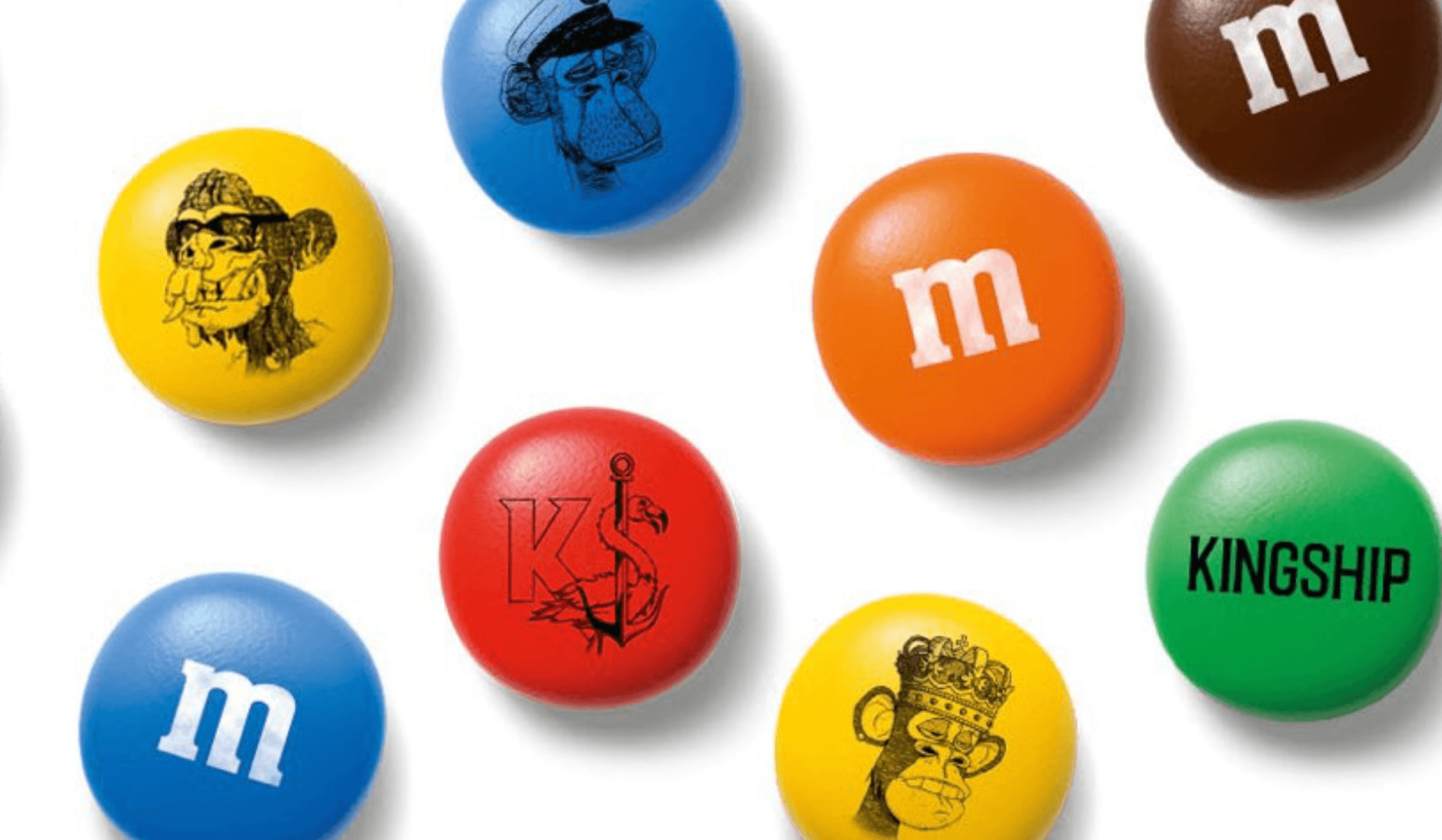 In a licensing deal between Mars and music label UMG, Bored Ape NFT images will now be printed on M&M's chocolate candies. This is the first time that non-traditional digital art has been used on a major candy product.  This deal shows off the major power of utilizing the IP power behind Bored Ape Yacht Club (BAYC) for entrepreneurs like Jimmy McNelis, who is the driving force behind this deal.

"Consumers' expectations for what they want from their favorite brands [have] shifted, and at Mars, we know we need to be more innovative than ever with such a culturally famous brand like M&M's," said Mars Wrigley Global Vice President Jane Hwang, in a release.

Kingship, the "metaverse band", was revealed last November. Kingship was created from NFTs owned by entrepreneur Jimmy “j1mmy” McNelis using the IP of his own Bored Apes.

M&Ms tweeted shortly after that the limited collection available had already sold out!

There looks to be the beginning of a new trend forming with broader IP use across NFT collections.  Pudgy Penguins announced last week that they were creating a limited run of childrens toys and that the owners of the specific characters selected would benefit from the revenue generated.

As NFTs continue to evolve, we expect to see their brands be used across all industries as they tell great stories and appeal to a broad range of interests.