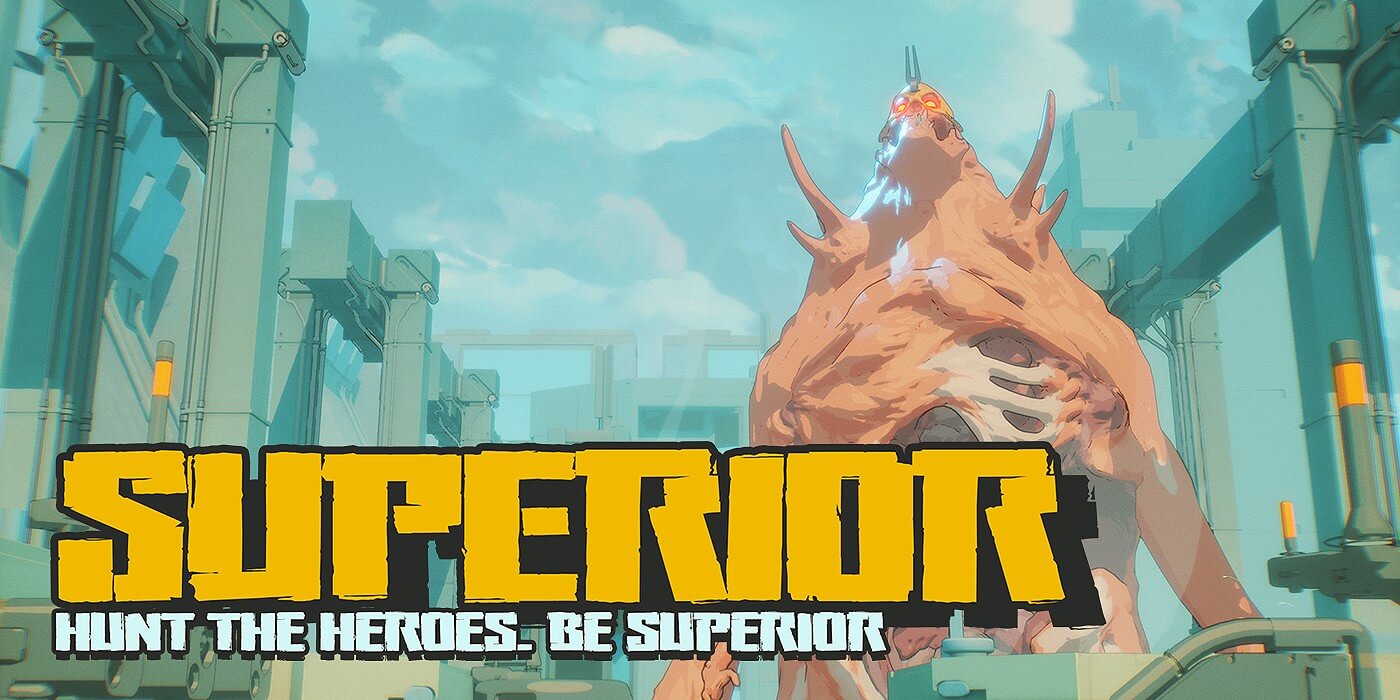 This guest article was originally published by Forged In Crypto. For the past 3 years, Forged In Crypto has been focused on blockchain gaming and the metaverse aspects of crypto. Their goal is to empower and educate everyone in the community.

What is the game?

“Superior is a co-op, roguelite, third-person shooter where all the superheroes have turned into evil abominations. Every session you’ll start unpowered and outgunned, as you hunt the evil superheroes down, steal their powers and take on even tougher challenges.”

Gala games is back, this time partnering with Drifter studios to bring Superior to the blockchain gaming community. This game allows players to team up and work their way through increasingly difficult challenges in the pursuit of becoming the strongest and most equipped superhero hunter. The levels or “runs” will take you through various landscapes and biomes, creating a unique and unexpected challenge for the player. With varying upgrade abilities and powers being determined by RNG, gamers will be forced to adapt and overcome the battles that lay ahead.

Each run being coupled with random player upgrades and changing mission objectives creates thousands upon thousands of different experiences that the players can enjoy. The art style of the game brings a sense of familiarity while the gameplay itself feels rooted in traditional games but with critical differences that set it apart from the rest. In this article, I will dive into the NFTs, gameplay, and cooperative game style that make this game not only engaging but seriously fun.

Being a blockchain game built on the Gala platform, it was expected that we would see a plethora of Superior NFTs. Not only do these digital assets give players a monetary stake in the game with the ability to earn real rewards, but they also allow for unique character customization. As of now, there are three NFT characters available for purchase, each of which falls under a unique archetype.

Ronin- The first character launched was Ronin Prime. Falling under the Bruiser archetype, Ronin excels in close-quarter combat. Acting in essence as a tank, Ronin has the highest shield and health pool amongst the current characters. Equipped with a sub-machine gun and the ability to increase his shield reserves by 10x, this is the perfect character for those that want to be up close and personal with mutant heroes.

Nomad- The sharpshooter of the Superior team, Nomad is built for those that like to engage from a distance. Nomad begins battle with a ranged rifle and the overdrive ability to auto-lock onto enemies, turning players into a critical-shot maestro. Alongside her superior marksman skills, Nomad can call upon satellites orbiting the planet to strike from above with deadly lasers.

Murmur- Last we have the trickster genius of the group, Murmur. Relying on her superior intellect and mechanical skills, Murmur is for those that want to outthink the enemy. Armed with a pistol and an eye for misdirection, she possesses numerous holograms that can be used at any time to confuse the enemy and gain a critical upper hand.

Staying in line with the Gala NFT model, there are 5 different classifications of NFTs available to purchase. Ranking from common, uncommon, rare, epic, legendary, and ancient, these higher-level NFTs do offer a unique in-game experience.

Another unique feature of Superior NFTs is their ability to earn infamy. For those that have played Call of Duty, think of this like prestige. As your character gets to its maximum level, players can choose to reset their character progression and unlock a higher level cap. In doing so, gamers will be set back to level 1 but with the ability to level up further than before. Something I found unique was infamy earned on NFTs doesn’t go away. That means players can level up their NFTs and sell them all while the character keeps its earned infamy. This provides massive utility not only to those who will work to level these NFTs and potentially sell them, but also those who want to skip past part of the grind and purchased an already leveled character.

But what about those who don’t want or can’t afford these NFTs? Well, Drifter studios have made it one of their priorities to offer F2P to the entire community. Simply put, players can still fully engage with the game from leveling characters to progressing throughout the story, just without the ability to earn rewards. In-game loot and bonuses are still available to F2P players, giving Superior the ability to reach the entire community.

So, what does the gameplay look like? Thankfully, Gala and Drifter have released an alpha play-test for the community to participate in. After spending a couple of hours in-game, I can confidently say this game is incredibly fun with serious potential for greatness. The art style of the game has that comic book/Borderlands feel but with enough differentiation to truly make it unique. The design of the characters and enemies is unlike anything I have ever seen, with each level evoking a completely different feeling towards them.

The game is played in a 3-person co-op format all working to progress through various levels. The players start at a “home base” where you can upgrade abilities, re-supply on health and purchase valuable bonuses. Once all three players have made their way into the teleporter, they are transported to the first level of their run. The runs are structured in three segments, each comprised of two levels and a mini-boss encounter. These will increase in difficulty, so players must work efficiently and strategically to prepare for what is to come.

Throughout the levels, players will encounter different types of enemies as they work their way towards the mission objective. These enemies have the chance to drop credits (the in-game currency), ammo, health, and even damage-boosting power-ups and weapons. If a player loses all their health, their teammates will have a limited amount of time to revive them before they die. When one of three players dies, the mission is failed and the team must restart from the lobby. Upon completing the level challenge, players will have to work their way towards the extraction point where they will be teleported back to home base.

Once getting back to base, players can then choose to spend their earned credits on upgrades and replenishing health/shield. In addition to upgrades, each time a level is completed players can select one super ability to link to their character. Things like fire jump, ice dash, and Xeno punch are just a few examples of the types of powers players can utilize. One of my favorite things about Superior is the randomization they have implemented to keep the game feeling fresh and unique. All superpowers and upgrades are randomly generated after each level, making it so players have to test out new combinations.

The last piece of gameplay I want to touch on is that of player leveling and the branching skill tree. While in-game players will earn experience points for completing levels and various challenges such as killing 100 enemies or landing 20 critical shots. These experience points can be used to level up your character, increasing things like their damage abilities and overall power. Each of the three character types has a different set of level progressions that gamers can use to hone their skills and become the best.

The final section of this article is dedicated to the competitive in-game leaderboards that Drifter has implemented in Superior. As players work their way through levels, they have the chance to find keys that give access to these specialized runs. Similar to that of raids in the Destiny series, these runs are far more challenging than that of a regular level. Only the most skillful and adaptive players and teams will be able to conquer these runs, giving the game a skill-based and competitive landscape to work within. These runs will contain much higher levels of loot and rewards for those who can complete them and will act as a catalyst to bring this game to the realm of Esports.

Superior is a fun game. In the world of blockchain games, building fun and engaging games have to be first and foremost. Yes, we all want the ability to earn from our time and energy spent in-game but offering something that is truly fun is essential for any sort of longevity. That is the biggest reason I am so happy with Superior and Drifter studios; they have created a fun game. Being able to complete challenges and navigate unique landscapes with your friends creates a sense of immersion that is hard to stay away from.

The randomization and customization within the game keep the levels feeling new and exciting even after hours of gameplay. For those that own NFTs, the fact that you can invest time into your asset that will produce a monetary benefit is massive in the world of utilization. While this game is still in its infancy, I am incredibly bullish on Superior and cannot wait to dive further into this unique world.